A press conference of the CBA's 2022-2023 season was held in Beijing on September 23, 2022. The first stage of the 2022-2023 CBA regular season will begin in Hangzhou, Zhejiang province, from Oct 10th to 30th. Fans in China will celebrate the feast of the country's top basketball event. 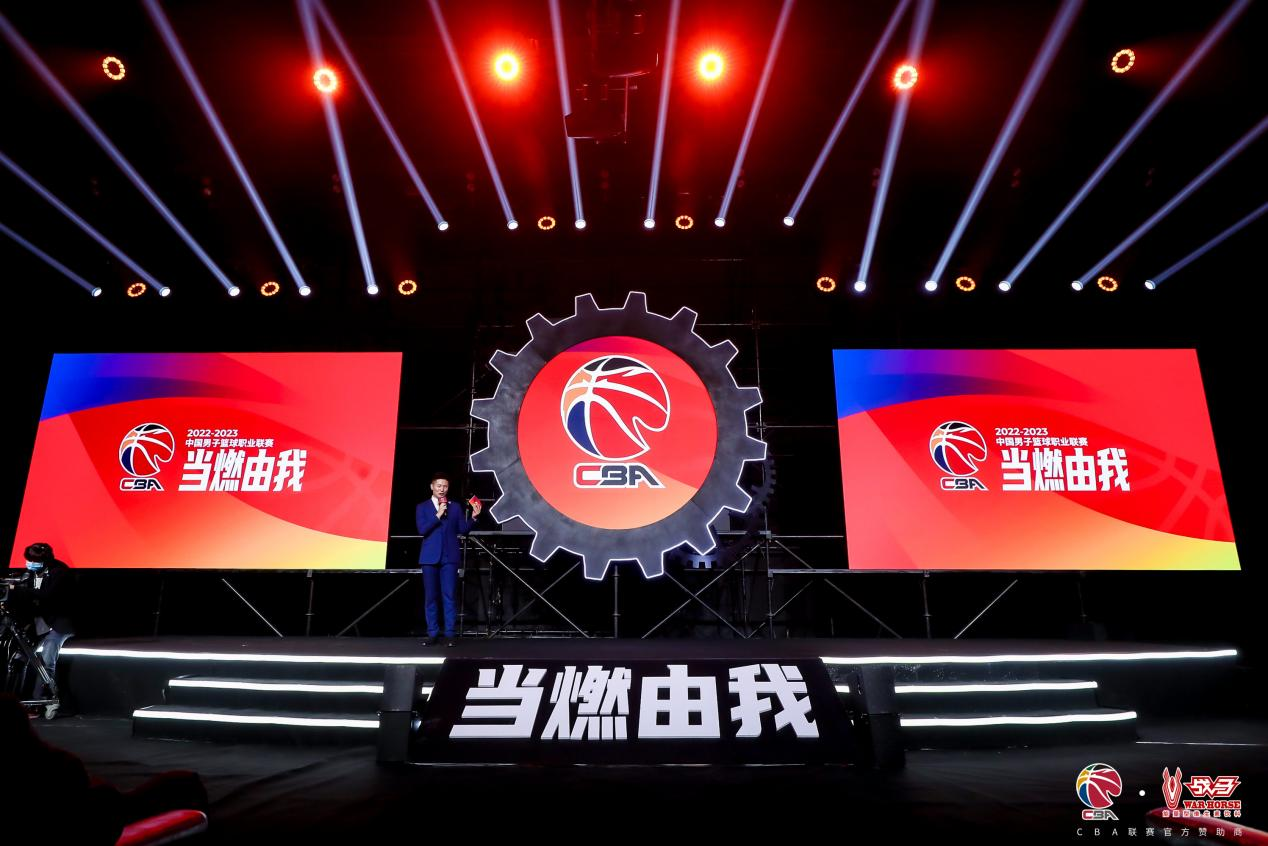 For the upcoming season, the CBA has launched its new slogan "I Light up the Game!" meaning that every basketball dream is a flame that needs to be ignited with fighting spirit, faith, passion and diligence. At the same time, in the presence of the league’s partners in every field, the schedule for the first stage was also released to set off the new season. Of these, the press conference announcing the cooperation between CBA and the energy vitamin drink brand, WAR HORSE, was among the highlights. 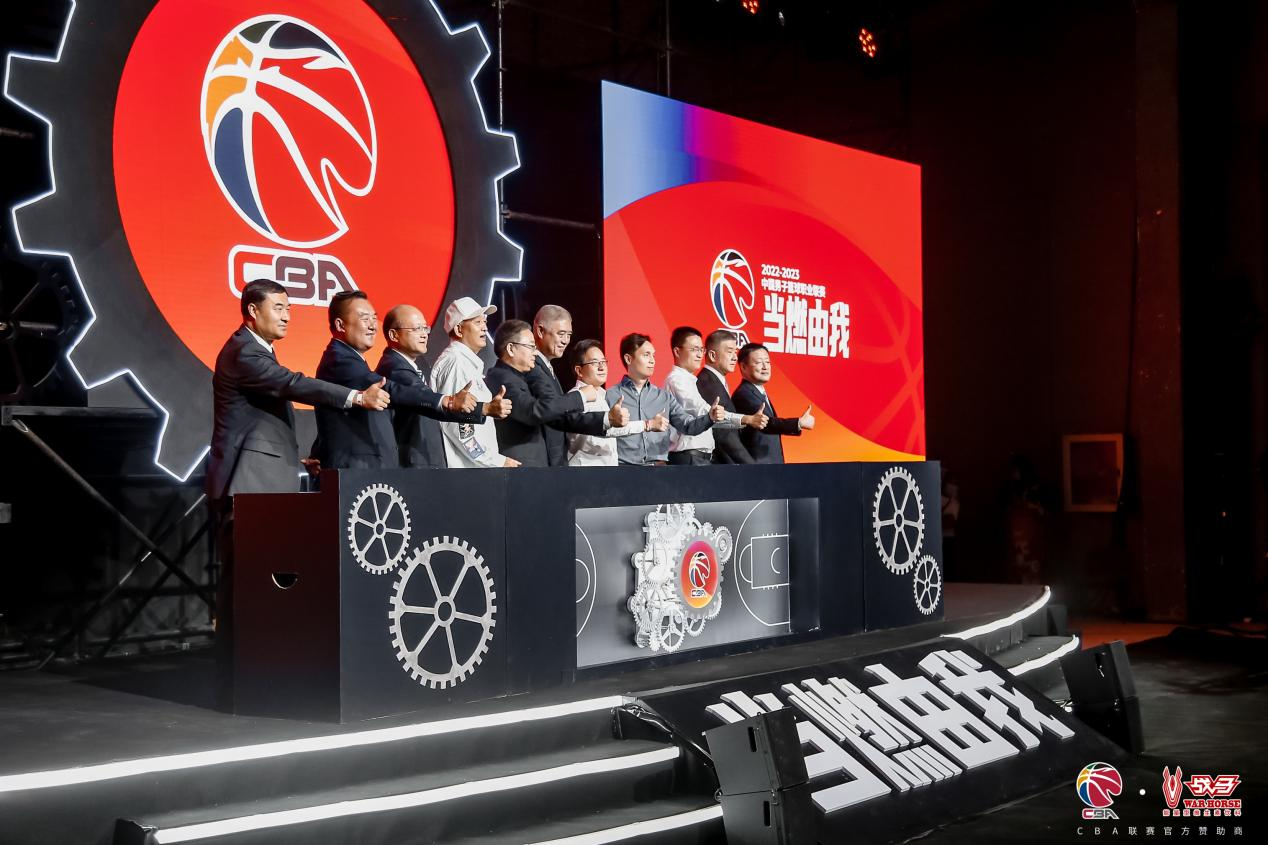 Ms. Lu Zhan, Chief Brand Executive Officer of Reignwood Group, and Mr. Yan Jingzhi, General Manager of Strategic Brand Center of Reignwood FMCG Group, injected WAR HORSE drink into the magnificent launch podium, together with Mr. Xu Jicheng, member of the CPC Committee of CBA and the CBA Board of Directors for Leadership Transition; Mr. Zhang Xiong, CEO of the CBA Company; Mr. Xu Jianbin, head of commercial operation for the CBA Company; and Shi Xuenian, player representative for the WAR HORSE Basketball Training Camp. After the injection of the energy drink, a ball of energy began to shine and the two sides once again joined hands for the new season, making WAR HORSE an official sponsor and an official energy drink of the CBA for the second consecutive season, allowing it to provide high-quality energy drinks for the games and help players perform better on the court. 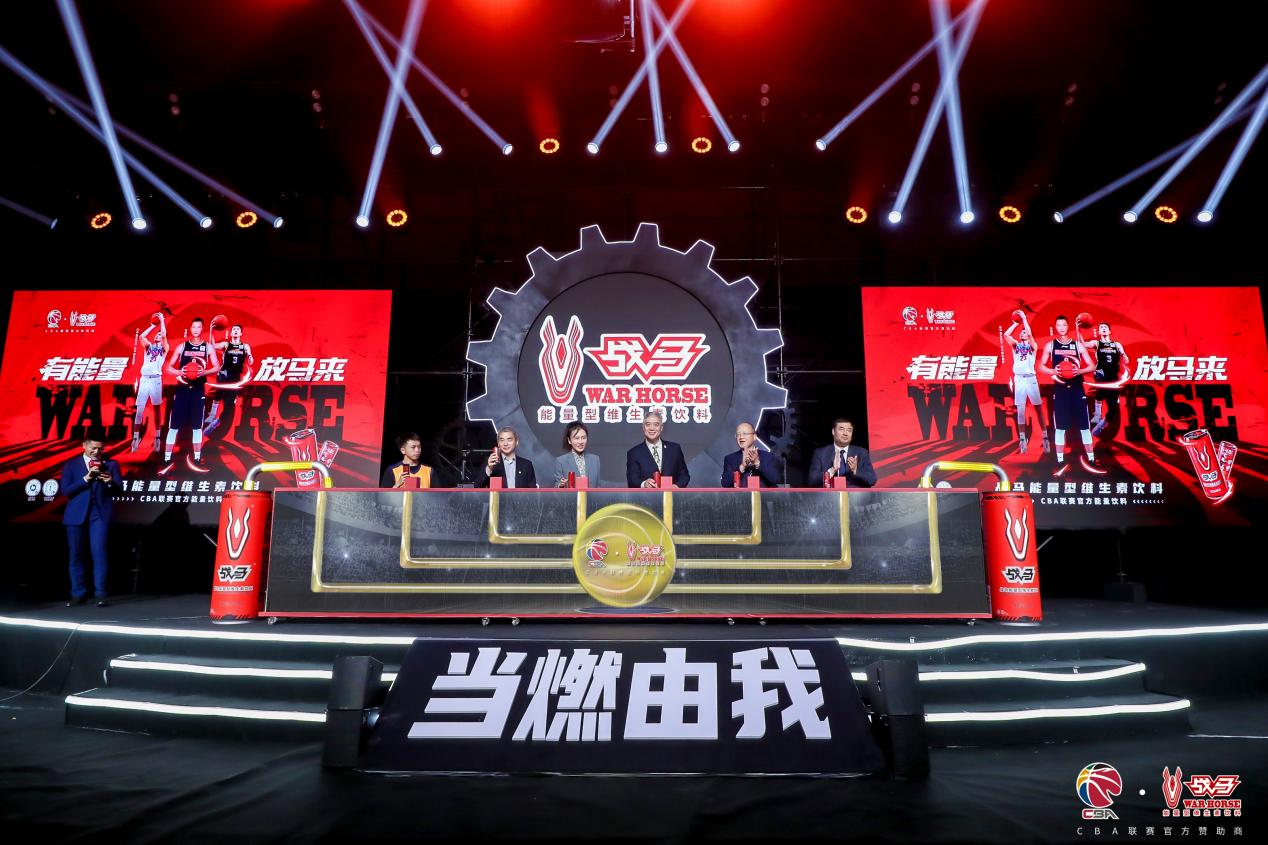 Both sides agreed that given the basis of good cooperation last season, the new season will see comprehensive, thorough and stable cooperation in regards to joint brand promotion, content marketing upgrading, player development, fan experience enrichment, the pairing of grassroots with professional basketball and other areas. The new season will contribute to sustainable league development and the promotion of the game. 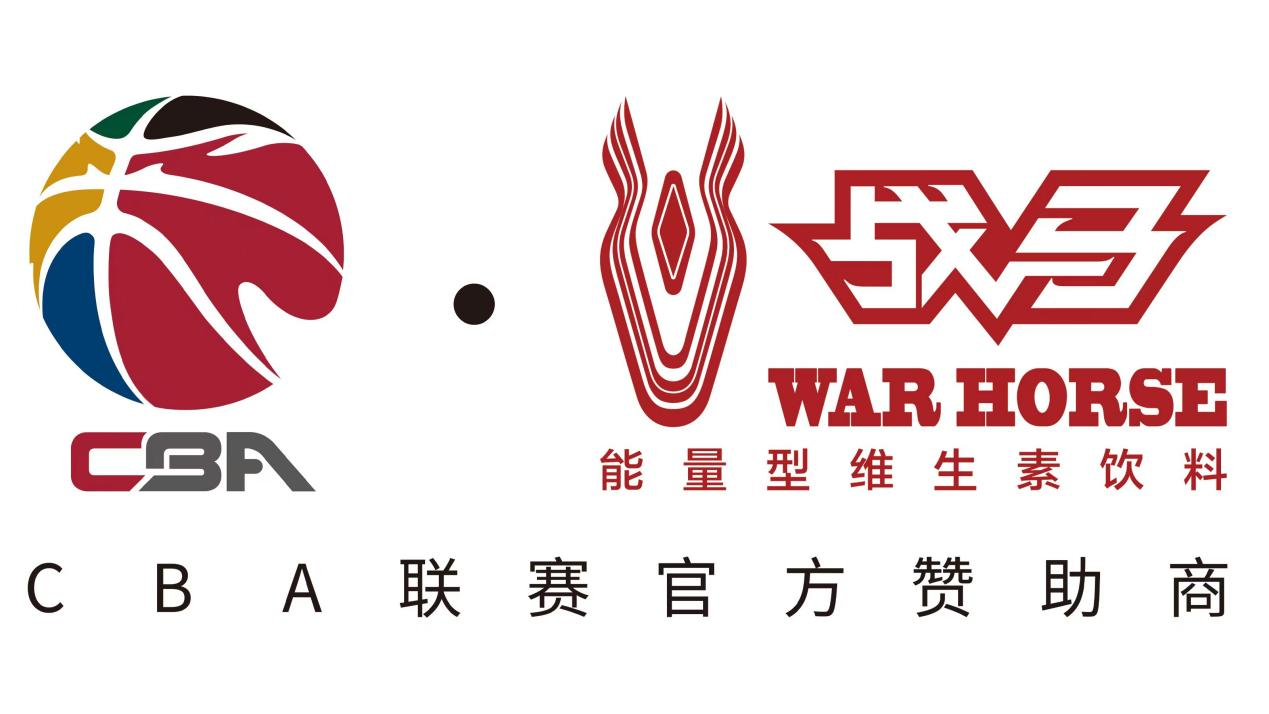 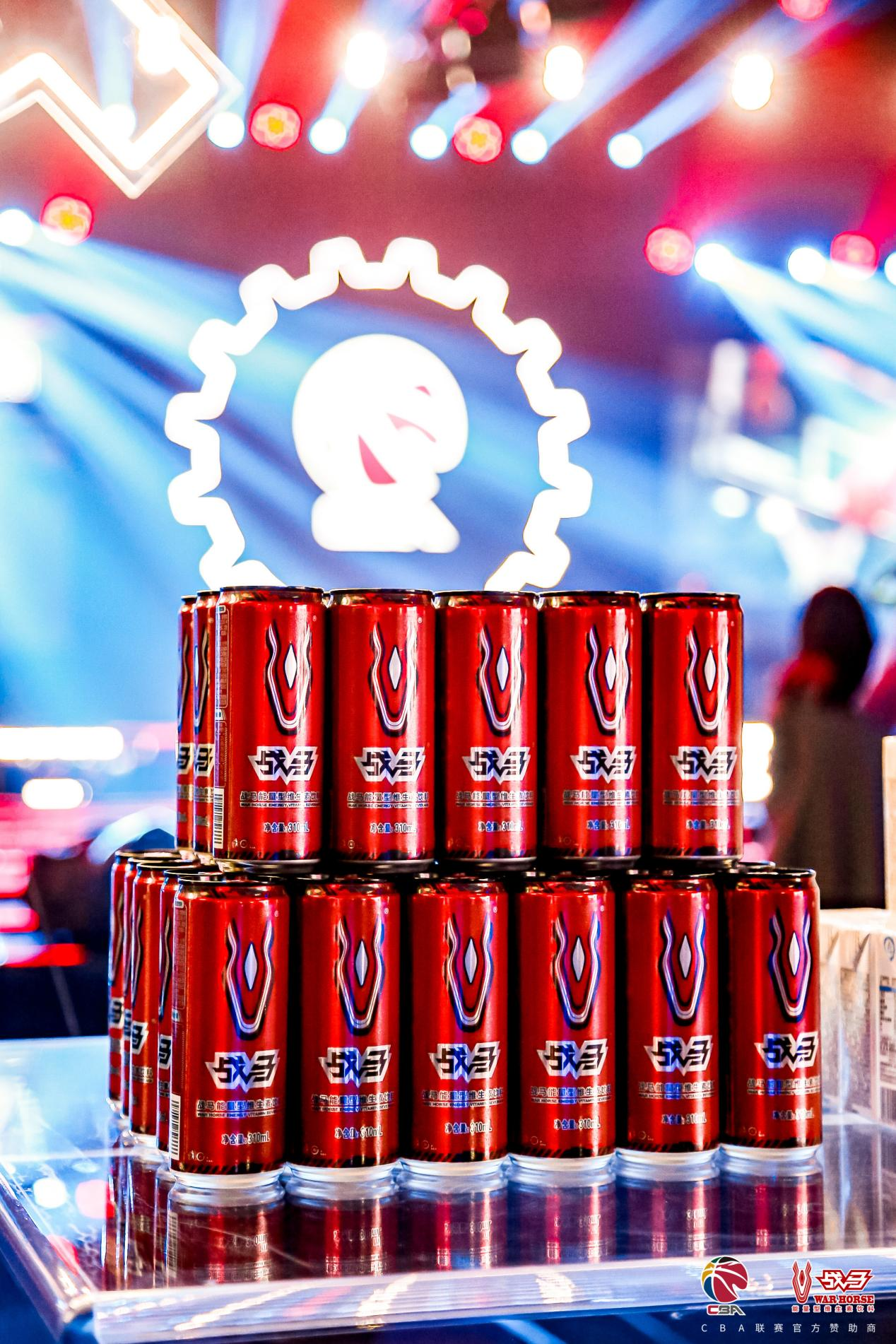 “As a member of the CBA family, the WAR HORSE brand adheres to the concept of Win-Win Cooperation, relies on the huge influence of the league, and gives full play to the advantages of the brand itself. This summer, we carried out all kinds of wonderful basketball promotional activities in many places across the country, allowing tens of thousands of fans to participate in and fully enjoy the passion and fun brought by basketball,” said Mr. Bu Jian, head of sports marketing of Reignwood FMCG Group, "At the same time, in order to further reduce the distance between fans and the CBA, the WAR HORSE brand insists on the building the WAR HORSE Basketball Training Camp through which we have selected a number of outstanding grassroots players from the WAR HORSE challenges and provided them with a professional CBA training experience, thereby constantly injecting energy into the basketball dreams of young people."

The 2022-2023 CBA season is about to start. We believe that with the brilliant management of the CBA League and the support of sponsors at all levels, fans will be presented with some fantastic games. The passion of basketball is unstoppable, and WAR HORSE, the source of energy you can count on, will light up the love of basketball! Energy burst! 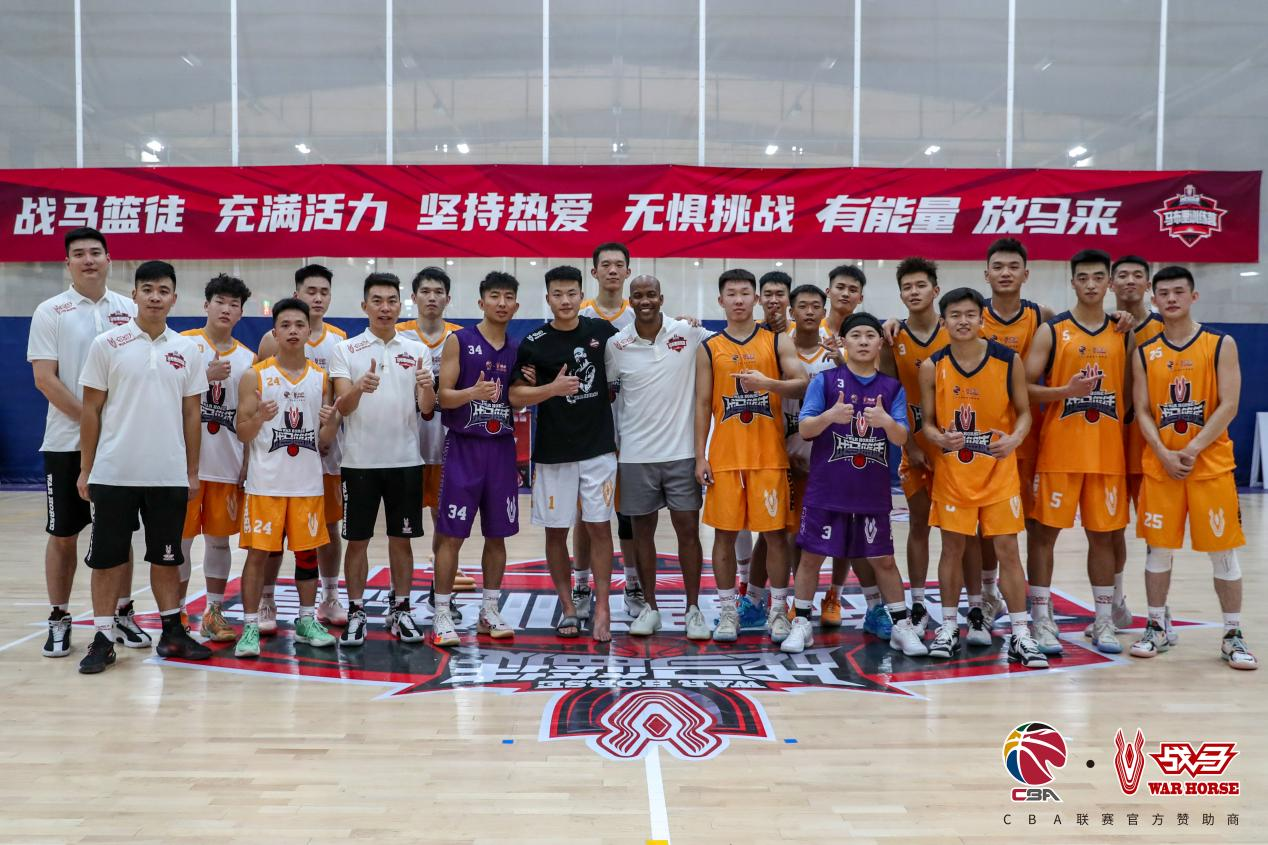